Getting your project off to a healthy, well-defined start depends on your approach: how you lead, how you seek definition, and the initial organization of the team, schedule, and budget. But it's also necessary to communicate your purpose and approach to your team. Thus, a project announcement meeting is essential.

Do you really need an announcement meeting? It may be possible to set the tone and define your purpose without gathering people together; but a preliminary meeting can save a lot of time and effort later, and can help avoid misunderstandings about authority levels and the nature of the assignment.

Example: An accounting manager was assigned the project of setting priorities for automation. The task included interviewing the heads of each department and recommending routines that should be given priority. But the department managers were not advised of the project. The accountant found these managers to be defensive and suspicious; they weren't sure whose idea the project was, the accountant's or top management's. A great deal of effort went into explanation, and the project proved difficult to complete.

This project could have been executed more efficiently if an initial meeting had been called. The accountant and each department manager should have been invited, as well as the executive who made the assignment.

If an announcement meeting is not called at the time a project is assigned to you, recommend calling one. The executive should briefly explain the purpose and objective of the task and clearly identify you as the project manager. Once everyone understands what you'll be doing, it will be easier for you to organize your project team and contact the resources you'll need. Most of all, a brief meeting will help avoid your having to explain what you're doing and why, or having to deal tactfully with other managers who have not been informed about your project.

Support your recommendation for the announcement meeting with these points:

1. Announcing a new project defines it for everyone involved, and clarifies the intended purpose. If the meeting is not held, definition will be a problem each time you have to contact a resource.

2. The meeting helps ensure success, because everyone gets the message at the same time and from the same authoritative source. Your ability to lead the project team is aided when the project is launched from the top.

3. A demonstration of executive support for the project manager helps the team to achieve its goals.

However, it's important to let others in on the decision when they or employees reporting to them will also be affected, either as a team member or as a resource for the team.

If you have identified your project team by the time the announcement meeting takes place, each member should be invited along with individual managers or supervisors of their departments. Introducing the project to everyone—team members and their supervisors—makes your job of working with other departments much easier.

There's a significant difference between trying to achieve a project task that conflicts with departmental goals and working with other managers to resolve problems. Inviting the managers to the initial project meeting makes them feel included in the process. That sets a positive tone and helps you to function as project manager. The alternative is having to continually struggle with a manager who was left out of the decision-making process at the beginning. 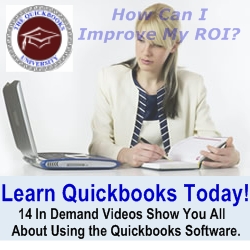